Encountering Gertrude: Texts and Music for a Carolingian Princess 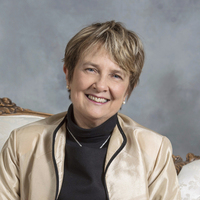 In this lecture concerns new work on a late medieval ordinal from the church of St. Gertrude, in Nivelles. The book, long in private hands, was purchased by Harvard University after it came up for auction in 2008. It is now Houghton Library, MS Latin 422. In recent years, a team of scholars headed by Professor Jeffrey Hamburger of Harvard University has labored together on a volume of essays to be published in 2019: Jeffrey Hamburger and Eva Schlotheuber, eds. The Liber ordinarius of Nivelles: Liturgy as Interdisciplinary Intersection, forthcoming from Mohr & Siebeck, Tübingen. My own essay in the volume is entitled: “Liturgical History and Hagiography as Reflected in the Ordinal of Nivelles, with Emphasis on the Cult of St. Gertrude.”

In this presentation to the Dartmouth Society of Fellows, a detective story unfolds, one that occupied months of the life of this liturgical scholar and musicologist, encountering as she did a completely unknown and previously unstudied object, a book, an ordinal. What were the problems we faced as team of workers? What were my own problems to solve? Moving upwards from ground zero where are we today? What remains mysterious? Why does the object matter and what has it told us about the history of liturgy, music, saints’ cults, and the lives a particular strain of medieval women? These are the questions of the hour, and the ones addressed in my lecture. There will be pictures of the manuscript, and the overview includes close study of its making and of its several most engaging features.

Fassler is a music historian who gives the liturgy primary emphasis in her scholarly publications and her teaching.   Fassler's books, edited volumes, and articles focus on the Latin Middle Ages from around 800-1300, but she has strong interests in contemporary sacred music and ritual, and in American song, singers, and song collections.   She is now writing a book on Hildegard of Bingen and has recented completed several books that work on liturgy and the arts.  Fassler's "Music and Worship in the USA"  studies ritual out of observation; Fassler is herself a documentary filmmaker focusing communities of song.  She recently finished (with Christian Jara) the short documentary: Where the Hudson Meets the Nile: Coptic Chant in Jersey City. Fassler's films will soon be featured on Folkstreams.net.

Free and open to the public

Sponsored by the Russian Department, Society of Fellows, History Department and the Music Department