"Revolution in Development: Mexico & the Governance of the Global Economy" Panel

The Department of History welcomes Christy Thornton, Assistant Professor of Sociology, Johns Hopkins University for a discussion of her new book. 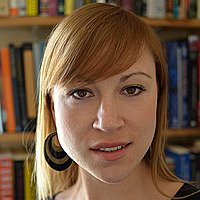 Professor Christy Thornton will deliver a brief lecture about her new book, Revolution in Development: Mexico and the Governance of the Global Economy, and then will be joined by Robert Alegre (University of New England), Sandra Mendiola García (University of North Texas), Blanca Nuñez (University of California at Riverside), and Jody Pavilack (University of Montana) for a panel discussion and Q&A.

Revolution in Development uncovers the surprising influence of postrevolutionary Mexico on the twentieth century's most important international economic institutions. Drawing on extensive archival research in Mexico, the United States, and Great Britain, Christy Thornton meticulously traces how Mexican officials repeatedly rallied Third World leaders to campaign for representation in global organizations and redistribution through multilateral institutions. By decentering the United States and Europe in the history of global economic governance, Revolution in Development shows how Mexican economists, diplomats, and politicians fought for more than five decades to reform the rules and institutions of the global capitalist economy. In so doing, the book demonstrates, Mexican officials shaped not only their own domestic economic prospects but also the contours of the project of international development itself. (https://www.ucpress.edu/book/9780520297166/revolution-in-development)