Caste as Race, Race as Caste

“The Value of Thinking Across Cultures in Combatting Racial Injustice” by Dr. Suraj Yengde 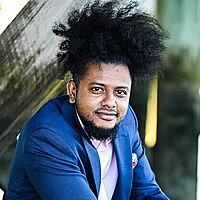 Can race and caste be juxtaposed? Can they be replaced? What is the future of oppressed groups in light of anti-caste and anti-racism struggles? Is there a new idiom that could connect disparate groups oppressed by their color, class, and caste? This lecture will discuss these issues as it discusses the contemporaneity of the 21st century. It will explicitly address Isabel Wilkerson’s intervention in a much longer intellectual history of connecting caste and race in both the United States and South Asia.

Dr. Suraj Yengde is currently a Senior Fellow at the Harvard Kennedy School. He holds a research associate position with the department of African and African American Studies, a non-resident fellow position at the Hutchins Center for African and African American Research and is part of the founding team of Initiative for Institutional Anti-Racism and Accountability (IARA) at Harvard University. He has studied on four continents (Asia, Africa, Europe, North America), and is India’s first Dalit Ph.D. holder from an African university (University of the Witwatersrand, Johannesburg). Suraj is the author of the bestseller Caste Matters and co-editor of award winning anthology The Radical in Ambedkar. He has published in multiple languages in the field of caste, race, ethnicity studies, and inter-regional labor migration in the global south. Currently, he is involved in developing a critical theory of Dalit and Black Studies.   He has been named as the "Most influential Young Dalit" by Zee and has received many other awards and honors.

Free & Open to the Public