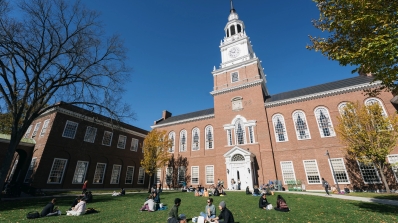 We, the Faculty of the Dartmouth History Department, share the world-wide outrage that lethal police power ended George Floyd's life. We speak out now in solidarity with the Floyd family and with the loved ones of Breonna Taylor, another recent victim of senseless police violence. We are sickened by the vigilante killing of Ahmaud Arbery captured on video earlier this year. We believe that these and countless other acts of violence must be situated within the long American history of anti-Black racism. We draw attention to the succinct and powerful indictment of this shameful legacy circulated by the American Historical Association this week. This statement appears below in full.1

In 1903, W.E.B. DuBois used his training as a historian to forecast that the problem of the twentieth century would be the problem of the color line. Now that we are well into the twenty-first century, we deplore the repeated disregard for Black lives that violates all norms of human decency. As historians, we echo and expand DuBois's condemnation of what the AHA terms the sordid history of racial violence in the United States. We heed DuBois's admonition to consider "the relation of the darker to the lighter races of men" in the broadest possible framework. We witness the horrific racialized violence across the globe that demands attention and compels condemnation. We are scandalized by the U.S. government's own deployment of xenophobic and violent racism at our borders and within our communities.

We take this opportunity to amplify two formulations crafted by our colleagues at the AHA. It is our shared conviction that "a constellation of structural injustices" exists that "are immune to the platitudes of anguish and concern that routinely follow instances of police-initiated violence against African Americans." Further, we align ourselves with the statement's conclusion, which reads: "We are killing our own people. Even as we mourn the death of George Floyd, we must confront this nation's past; history must inform our actions as we work to create a more just society."

The current crisis demands concrete actions. In supporting our students this month, we have directed them towards those efforts undertaken by the Consortium on Race, Migration, and Sexuality, whose powerful statement created a clearing house for immediate needs. As a community of historians, we resolve to develop by the fall of 2020 a set of specific objectives that will advance the actual achievement of racial justice. Details will be shared publicly. We will hold ourselves accountable for abiding by shared commitments. Our intent is to assure that this department is a leading institutional actor in the fostering of anti-racist scholarship and teaching.

The Dartmouth History Department endorses the Asia/America@Dartmouth Action plan and the recent statement issued by the Dartmouth chapter of the American Association of University Professors (AAUP). This statement is as follows:

The Dartmouth chapter of the AAUP condemns anti-Asian violence and stands in solidarity and grief with the Asian, Asian American, and Pacific Islander community at Dartmouth and beyond. In the past year, racist and white supremacist language used by U.S. leaders to describe COVID-19 has sparked a surge of anti-Asian violence. Yet as the March 16, 2021 murder of 8 people in Atlanta, including six Asian migrant women—Daoyou Feng, Hyun J. Grant, Suncha Kim, Soon C. Park, Xiaojie Tan, and Yong A. Yue—viscerally reminds us, these terrible acts are grounded in long and intersecting histories of racism, xenophobia, misogyny, and legal discrimination. They are also a consequence of over 100 years of U.S. colonial violence and militarization across the Asia-Pacific that has led the United States to brutally perpetuate and disregard Asian, Asian American, and Pacific Islander death and suffering. As a consequence, violence against Asians, Asian Americans, and Pacific Islanders, particularly women, is consistently overlooked, ignored, or rendered invisible.

Asian American activists, leaders, and scholars stand at the forefront of anti-racist efforts to dismantle both structural and interpersonal racism and white supremacy. In support of these efforts, the Dartmouth Chapter of the AAUP wholeheartedly supports the Asia/America@Dartmouth Action Plan and the establishment of an institutional home for Asian American studies in a stand-alone program and/or through collaboration with other units. For over thirty years, students, alumni, postdoctoral fellows, and faculty at Dartmouth have demanded a firm institutional commitment to Asian American studies on our campus. The college has almost no faculty lines in Asian American studies and older lines in this field have disappeared or gone unfilled. A 2006 report requested by COP and the Dean of the Faculty recommended the establishment of an Asian American Studies minor through dedicated faculty lines and expanded institutional resources; this did not come to fruition. Dartmouth's failures in this area—particularly when compared to peer institutions—highlight the urgent necessity of expanding the college's support of Asian American studies through faculty hires on the junior and senior level, postdoctoral fellowships, curricular expansions, and funding for events such as speaker series, working groups, and mentoring programs. The Asia/America@Dartmouth Action Plan presents a forward thinking and intersectional vision for increasing the visibility and representation of Asian Americans and Asian American studies at Dartmouth in the coming year and beyond.