Through my career I have been inspired to ask why we, as a nation, have frequently demonstrated little regard for the people who pick, pack, prepare and serve the food we eat. I know the struggle of food workers personally through my work as a meat cutter and store clerk in my father's carnicería (Mexican meat market) and through the lives and experience of my paternal grandparents who toiled in the fields of California and prepared and served meals to college students.  In my scholarship, I have worked to reveal the origins of inequality in our food labor system.  My study of agriculture from "the bottom up" in A World of Its Own:  Race, Labor, and Citrus in the Making of Greater Los Angeles, 1900-1970  (University of North Carolina Press, 2001; Winner of the 2003 Oral History Association Book Award) and from the organizer's perspective in From the Jaws of Victory:  The Triumph and Tragedy of Cesar Chavez and the Farm Worker Movement (University of California Press, 2012; Winner of the Taft Award for the Best Book in Labor History, 2013) are my signature contributions to this subject.  In both books, I combine oral history with archival research to produce new understanding of food worker exploitation.  These earlier studies have led me to new questions about how capital investment and multinational corporations structure the world that farm workers find themselves in.   In Eli and the Octopus: The CEO Who Tried to Reform One of the World's Most Notorious Corporations (Harvard University Press, 2023), I examine the life and death of the last CEO of United Brands that included the notorious United Fruit Company.  Eli Black's life offers a unique opportunity to see the food industry from the "top down," revealing how decisions made in the corporate corner office influenced the lives across the Western hemisphere.  Such lessons, although different from those gleaned from studying union records, offer a fresh perspective on the struggles between labor and capital that are no less valuable to the future of working people across the Americas.

I have had the good fortune of receiving support from many fellowship granting institutions over my career.  During my research and writing of A World of Its Own, I received a Haynes Research fellowship at The Huntington Library in 1995 and a Research Humanities fellowship at the University of Illinois, Urbana-Champaign in 1998-1999.  For my research of the United Farm Workers, I received a Solomon Research Award and a Cogut Center for the Humanities Faculty Fellowship from Brown University in 2007 and 2008.  In 2008 I also received a Huntington Library Research Grant.  In 2009-2010, I won a Charles Warren Center for Studies in American History Fellowship at Harvard University and a senior research fellowship in the Agrarian Studies Program at Yale.  I accepted the Yale offer, and wrote much of From the Jaws of Victory in residence in New Haven.  In 2014, I was inducted into the Society of American Historians at Columbia University.

In addition to the monographs, I have been involved in researching and writing articles, edited books, and digital projects.  The issue of food has emerged as a means to address questions of how we feed ourselves, who we are as a nation, and how we are influencing our neighbors.  My co-edited volume with E. Melanie DuPuis and Don Mitchell, Food Across Borders (Rutgers University Press, 2017) brings together multiple scholars from different disciplines to shed light on these issues.  My article, "Setting the Table:  Historians, Popular Writers, and Food History" in the Journal of American History Volume 103, Issue 3, December 2016 initiates a debate about what constitutes food history and how studies of race, immigration, and labor transform our view of this subject.  I have also written about food and farm workers in more public, online venues such as Slate, Zócalo, and the Los Angeles Times.  My article, "Requiem for a Barrio" in the edited volume Making Cities Global (University of Pennsylvania, 2017) revisits Arbol Verde barrio the community that anchors A World of Its Own, exploring a century of town-gown relations between the Claremont Colleges and the working-class Mexican community that served it for over a century.

My work has been greatly enhanced by my commitment to the digital humanities.   My first foray began at Brown University where I created a companion website, "Educating Change," for an article and a museum exhibition about women in the farm worker movement.  I followed this by collaborating with the Smithsonian Institution's National Museum of American History, the Institute of Oral History at the University of Texas, El Paso, and the Center for History and New Media at George Mason University to collect, digitize, and archive oral histories of over 800 participants in the Bracero Program.  This project constitutes the largest collection of oral histories with Mexican subjects on the web and was the first project to use the open source web-publishing platform, Omeka.  I was a co-Principal Investigator that won a National Endowment for the Humanities grant for this project in 2007, and we won the prize for the best Public History project from the National Council for Public History in 2010.  The Bracero Archive also served as the primary source for the exhibition, "Bittersweet Harvest," that opened at the National Museum of American History in 2010, and is still touring today.  I mentored several graduate and undergraduate students through this project, many of whom are now tenure-track professors who are publishing the first-generation of books on the bracero program that include the perspectives of participants and their families.

All of my work touches on the urgent and ever-present topics in American history of race, immigration, gender, and citizenship.  I complicate our understanding of these issues by pairing their discussion with subject matter that all readers can relate to, from the intensely personal such as food to the universal pursuit of success in our life's work. I've had the good fortune of teaching at Arizona State University, Brown University, University of Oregon, and University of Illinois, Urbana-Champaign prior to my arrival at Dartmouth College in 2017. 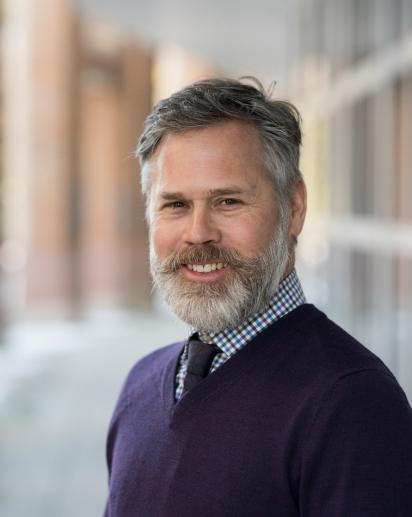