Linda Greenhouse: "Aren't We All in This Together?" 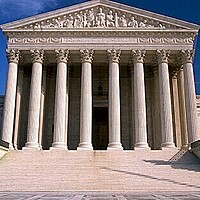 “Aren't We All in This Together? How the Supreme Court Is Helping to Pull Us Apart”

Lecture Info:
In this 2020 Constitution Day lecture, a longtime Supreme Court analyst considers how Supreme Court is contributing to the fraying of American civil society.

Speaker Bio:
Linda Greenhouse is a senior research scholar at Yale Law School, where she has taught since 2009. For 30 years before that, she was the New York Times Supreme Court correspondent, winning a Pulitzer Prize and other major journalism awards for her coverage of the Court. She currently writes a twice-monthly op ed for The Times as a contributing columnist. In her extracurricular life, she is president of the American Philosophical Society, the nation’s oldest learned society, and serves on other nonprofit boards. She is the author five books, most recently a memoir, Just a Journalist, published by Harvard University Press in 2017. She has a B.A. from Harvard, a Master of Studies in Law degree (M.S.L.) from Yale Law School, and has received 13 honorary degrees.

Host Bio:
Herschel Nachlis is a Research Assistant Professor in the Department of Government and a Policy Fellow in the Rockefeller Center at Dartmouth.

He received his Ph.D. and M.A. in Politics and Social Policy from Princeton University, and B.A. in Political Science from Macalester College.  Previously he was an Assistant Professor of Government at Franklin & Marshall College and a Postdoctoral Fellow in Dartmouth's Rockefeller Center.